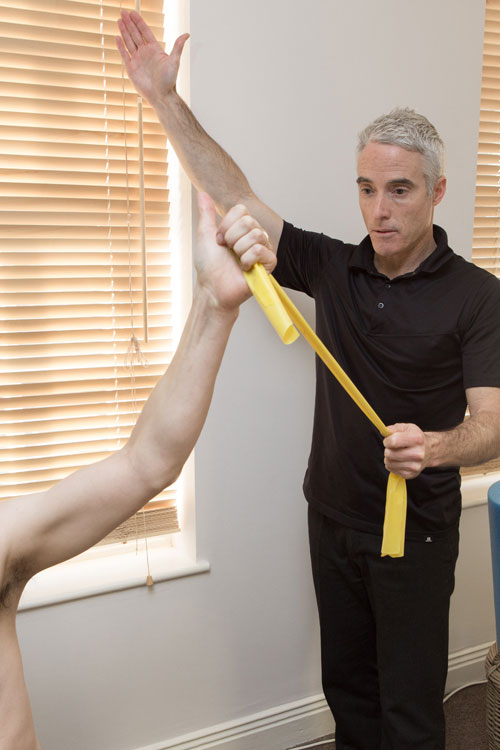 Stuart’s interest in Osteopathy started around the age of 15 after a sports injury playing hockey resulted in several weeks off the pitch. A local chiropractor successfully treated his knee injury and the rehabilitation programme that followed sparked a subsequent fascination for the medical profession and sports injuries in particular. Stuart continued to play hockey and represented South Africa U21s and was picked for the South African men’s squad.

Stuart initially studied a Masters Degree in Chemistry in South Africa and then came to the UK and attended the prestigious British School of Osteopathy in London from which he graduated with a BSc Hons degree in Osteopathy in 1998. Stuart moved to North Yorkshire and currently works at two practices near Yarm and in Bedale.

Stuart is keen to work with patients educating and informing them on the best ways to maintain good health and prevent painful problems developing, through exercise and lifestyle changes. He is still very active running, playing football and tennis as well as coaching an under 16 football team. He has worked with many sports people including Olympian, Aimee Wilmott, Stockton Swimming club, and several professional and semi-professional tennis players, footballers and athletes.

Stuart treats a wide range of musculoskeletal problems and has a particular interest in neck and shoulder problems and sports injuries. He has undergone further training in the Niel-Asher technique for treating frozen shoulders and was involved in publishing a research paper in 2015. Stuart has also attended courses on APPI Pilates and Rehabilitation (Australian Physiotherapy & Pilates Institute) which he uses in conjunction with his treatments, Ergonomics where he is able to offer workstation assessments, and also uses Kinesiology Taping (KT Taping) as part of the treatment to aid recovery and reduce pain.